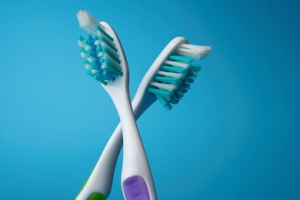 Most people hold a formal ceremony to establish their marriage. Married couples get a license and formally record their ceremonial marriage at the courthouse. Oklahoma is among a handful of states that still recognize non-ceremonial marriages, also called “common-law” marriages. These marriages are formed through the consent of the parties who enter into the marriage, but they do not meet all the state requirements, such as a license or ceremony.

WHY DOES COMMON-LAW MARRIAGE MATTER?

Couples without the benefit of a ceremonial marriage often take their relationship for granted until one party passes away. The existence of a marriage will affect the inheritance rights of children from a previous marriage or relationship. It can also affect the distribution of death benefits.

Married partners have rights when dissolving a marriage that people who just live together do not enjoy. Dividing assets and liabilities, real and personal property, retirement accounts, and family support have well-defined structure in family law. People who just live together have to prove an ownership interest in property independent of any family relationship. They have no right to alimony in Oklahoma.

HOW DO I ESTABLISH A COMMON-LAW MARRIAGE (OR NO MARRIAGE)?

Anyone trying to prove a common-law marriage in Oklahoma must prove all the following facts:

cohabitation as man and wife (There is actually a split of authority on this particular standard).

WHAT PROOF DO I NEED TO SHOW A COMMON LAW MARRIAGE?

Most evidence of a common-law marriage comes from your everyday existence. Examples include:

If you don’t have enough of this kind of evidence to prove a common-law marriage by clear and convincing evidence, your claim will fail.

by David A. Tracy